woodstock was the urban graffiti capital. uhm... and that’s not the case anymore. woodstock now is... uhm, nice. there’s no more grime to it. no more... i mean if you go to woodstock now you’ll find a lot white kids riding on their custom bicycles - uhm... with their iPhone 6’s out because they obviously have to get their google maps out to see where they’re going - laughs that would’ve never happened a couple of years ago. 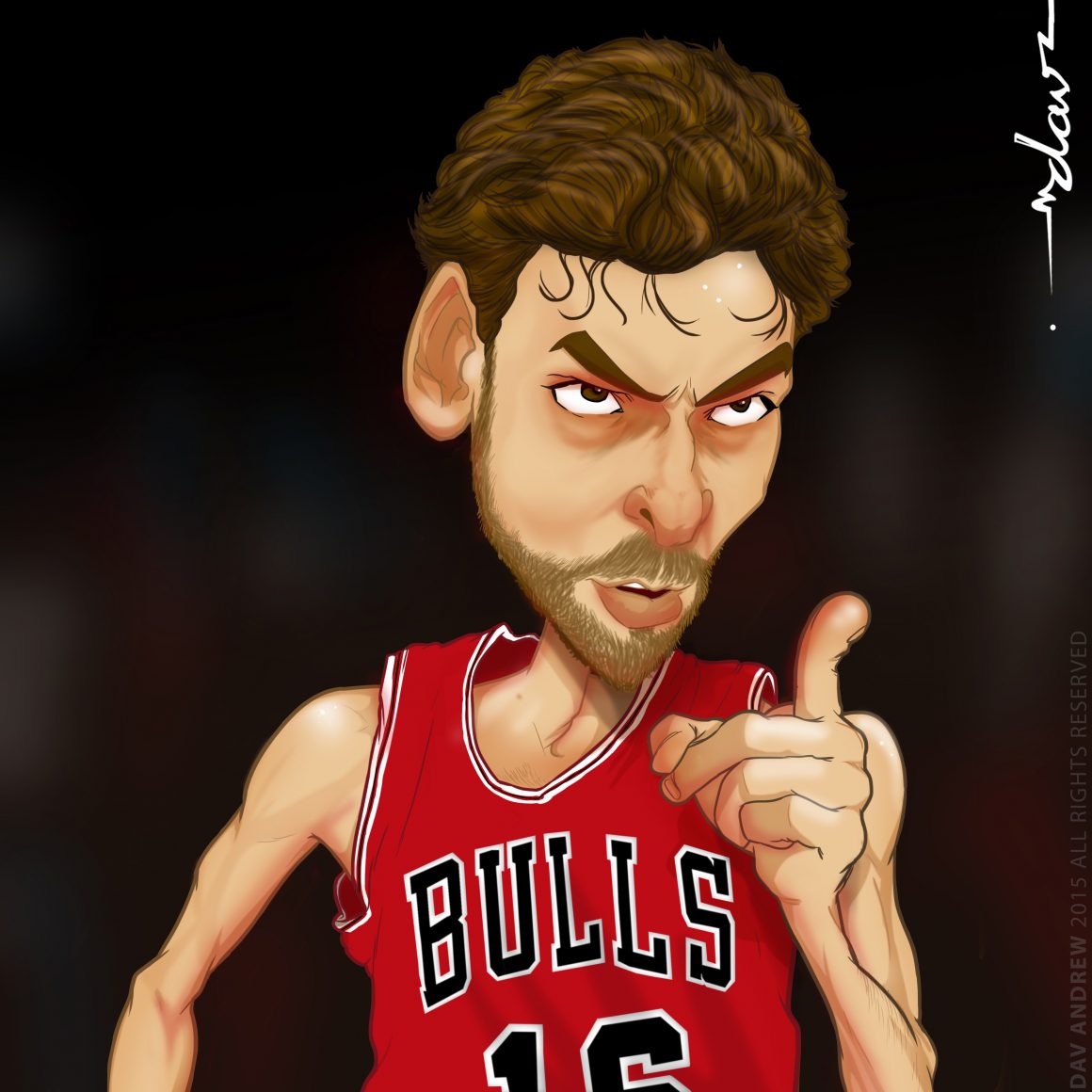 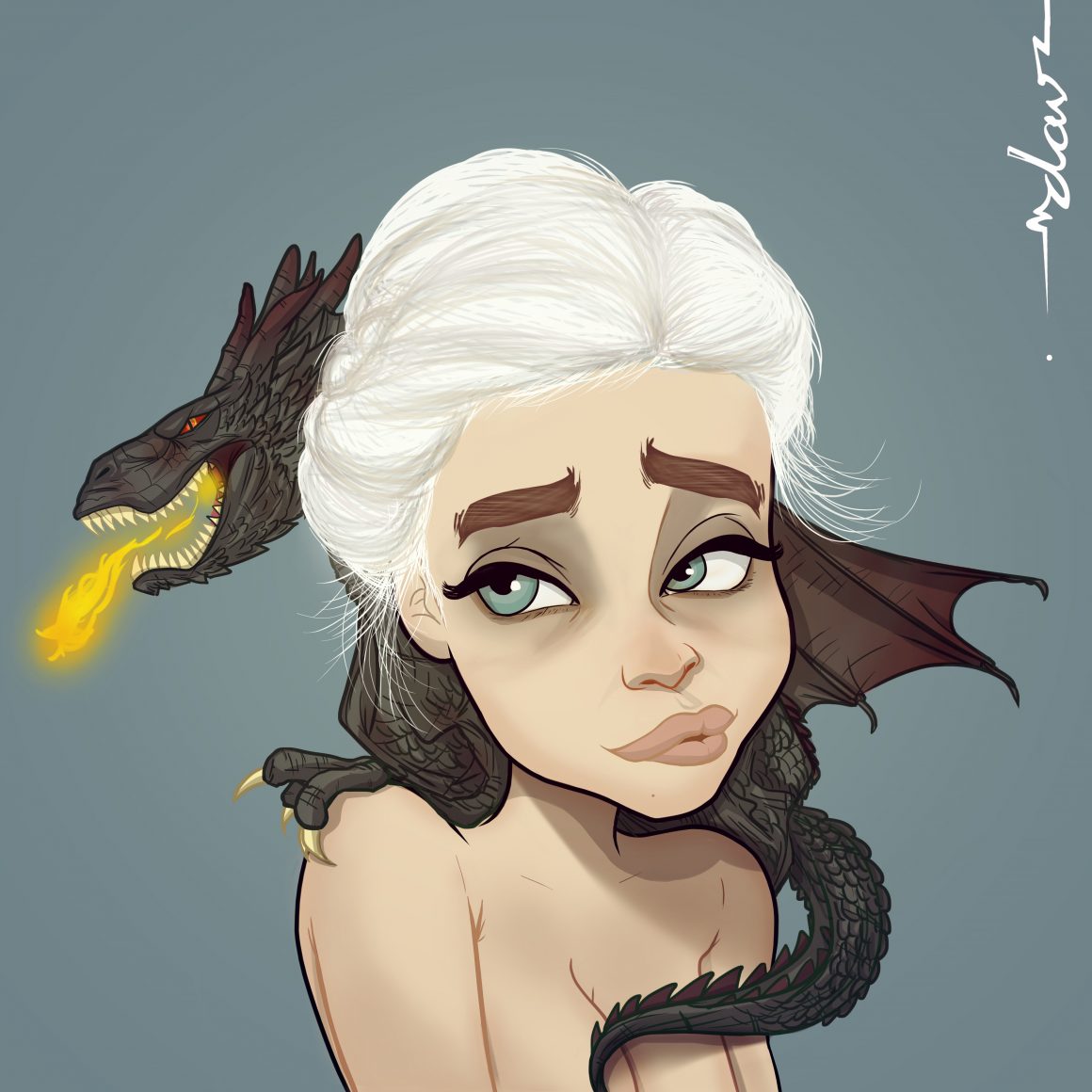 – i studied with Dav. we were graphic design students in cape town together. for the first bit of knowing him i never liked him much. i always confused his honesty with being a dick. by the time i left cape town he was probably one of the artists i respected the most. he still is. this is no interview – more of a catch up really. i sent him some voice notes and he responded. oh, and read this with an Irish-meets-English accent 🙂 –

so i’m – I dunno… the usual, very confused, mixed-raced kid trying to figure out who he is. uhm… my mom’s black, dad’s white. so i’m from Durban but like where we were – you know, everything about me basically happened in cape town. uhm… this is where i studied with you (Khanya Sijaji) we went our seperate ways to go get dtp jobs somewhere… that last year, you remember Matt Burley? i hung around with him, around the graffiti scene in cape town and i basically immersed myself in that culture. i was runnin’ with the guys. i was 22 then, and i would say that was when graffiti started to die… in cape town at least.

woodstock was the urban graffiti capital. uhm… and that’s not the case anymore. woodstock now is… uhm, nice. there’s no more grime to it. no more… i mean if you go to woodstock now you’ll find a lot white kids riding on their custom bicycles – uhm… with their iPhone 6’s out because they obviously have to get their google maps out to see where they’re going – laughs

that would’ve never happened a couple of years ago. you know when you were there, when i worked there. the fact is – 2009/2010 and the DA (some govermental party) created cape town’s first “Graffiti-Watch-Patrol” thing – program… and that’s when everybody kinda decided – ‘you know what, we’re getting too old for this shit’. most graffiti artists now are tattoo artists. that’s their attempt at growing up. the rest of us just… you know – we just kinda grew up and got normal jobs -laughs but that’s basically what happened. we all tried to keep it alive, but you know, time, money, relationships, family – it was all getting a bit difficult.

so uhm… now we have these jobs and i still do dtp work on a daily basis, but i still have to keep my creativity going so i’m always on the move – you know. On politics, the truth is bruv, that none of this shit ever mattered to me. when i started getting into political content – uhm… when i first started i was a nobody. nothing, just… – and thenI started getting noticed and started knowing a few people. uhm –  then he name-drops a few including Zapiro – all of those big, big names. Nanda Sooben, he’s a hero of mine. he was doing all these political caricatures during apartheid and he was uhm… what do you call it…? uhm, when you go to another country and you’re kinda on the run… uhm, i forget what it is mate but anyway he went to brazil. when i noticed the trend of how other political cartoonists choose a trend, uhm… you know in this country there’s this thing where everything that isn’t working is somehow linked with some ANC official who isn’t doing their job, you know… that’s.. that’s just the truth. that’s just how it is. but anyway, let’s be nice about it. uhm… so maybe there’s a story there and most artists go after these politicians and after that particular story.

after a while i realised that everybody is sort of against the ANC. and that’s because about 85% of all cartoonists in south africa are… uhm, white and a bit conservative, so i kinda see myself as the ambassador or spokesperson for the unheard. also, a lot of people talk a lot of shit about the state of the country but if you would sit the fuck up and try do something about it… it would be so much better. if everybody does that, there wouldn’t be that many problems.

anyway… like i said before, none of this shit really mattered to me until right now! and… i guess… you know the black conciousness movement, everybody’s going on about it. i’m sure you are too, well, in your own way – its almost kind of like ‘this is our time to sort of, get up and do our bit’ overstand, go against ‘the man’ and all that stuff. go against christianity, which was forced [on us] you know, all that shit, slavery uhm… my parents really helped me with a lot of this stuff. i started caring about all these native things, native pride. stuff about history and how it was written. i was reading a lot about all this stuff and being an illustrator and a cartoonist, i’ve realised that i’ve got a major role to play in this. i can bring these things to life, you know. i can reimagine history.

all of this just kinda clashed together in my life. my girlfriend asked me when i became a Pan Africanist… i didn’t know that i am one… you know. its… weird. its just interesting times right now. 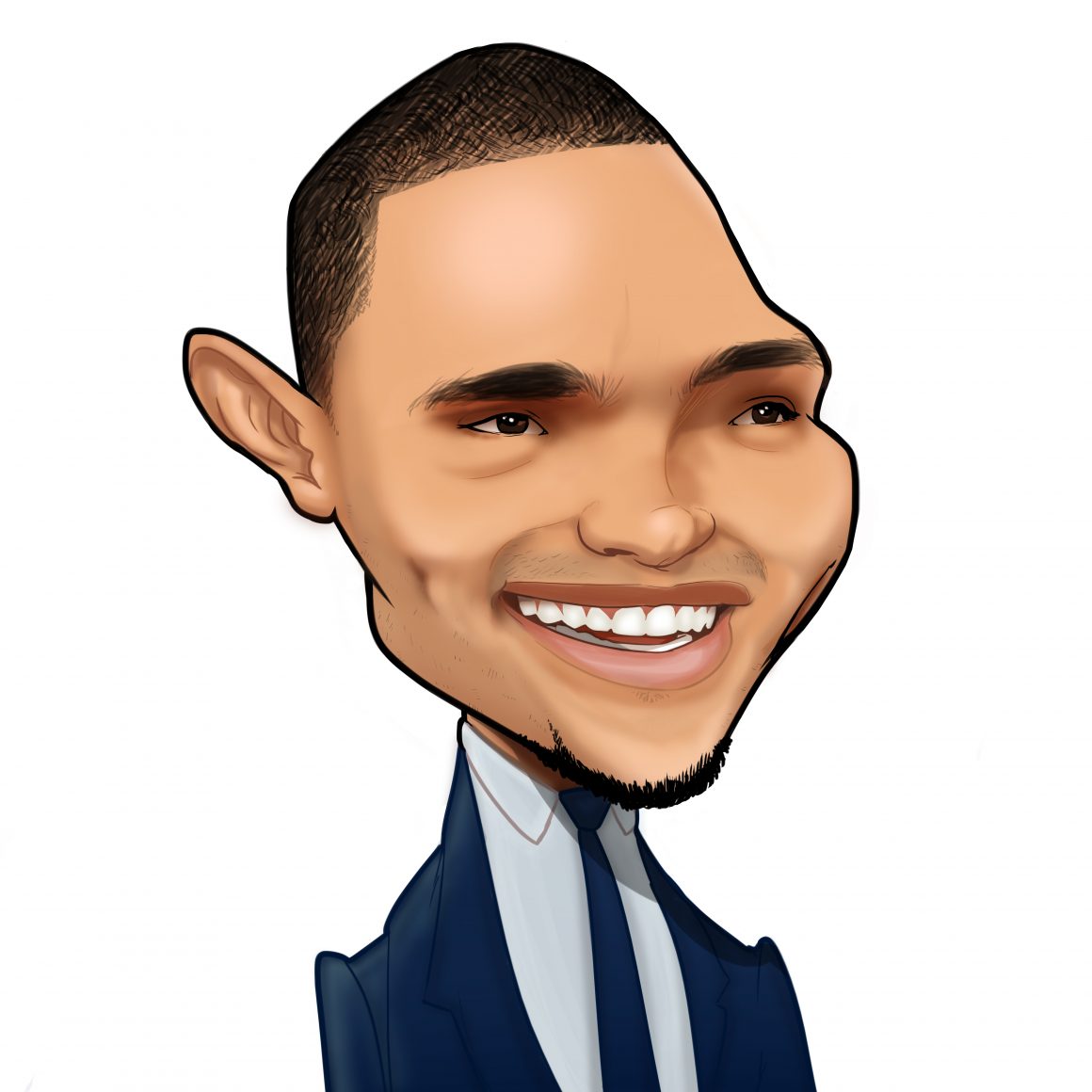 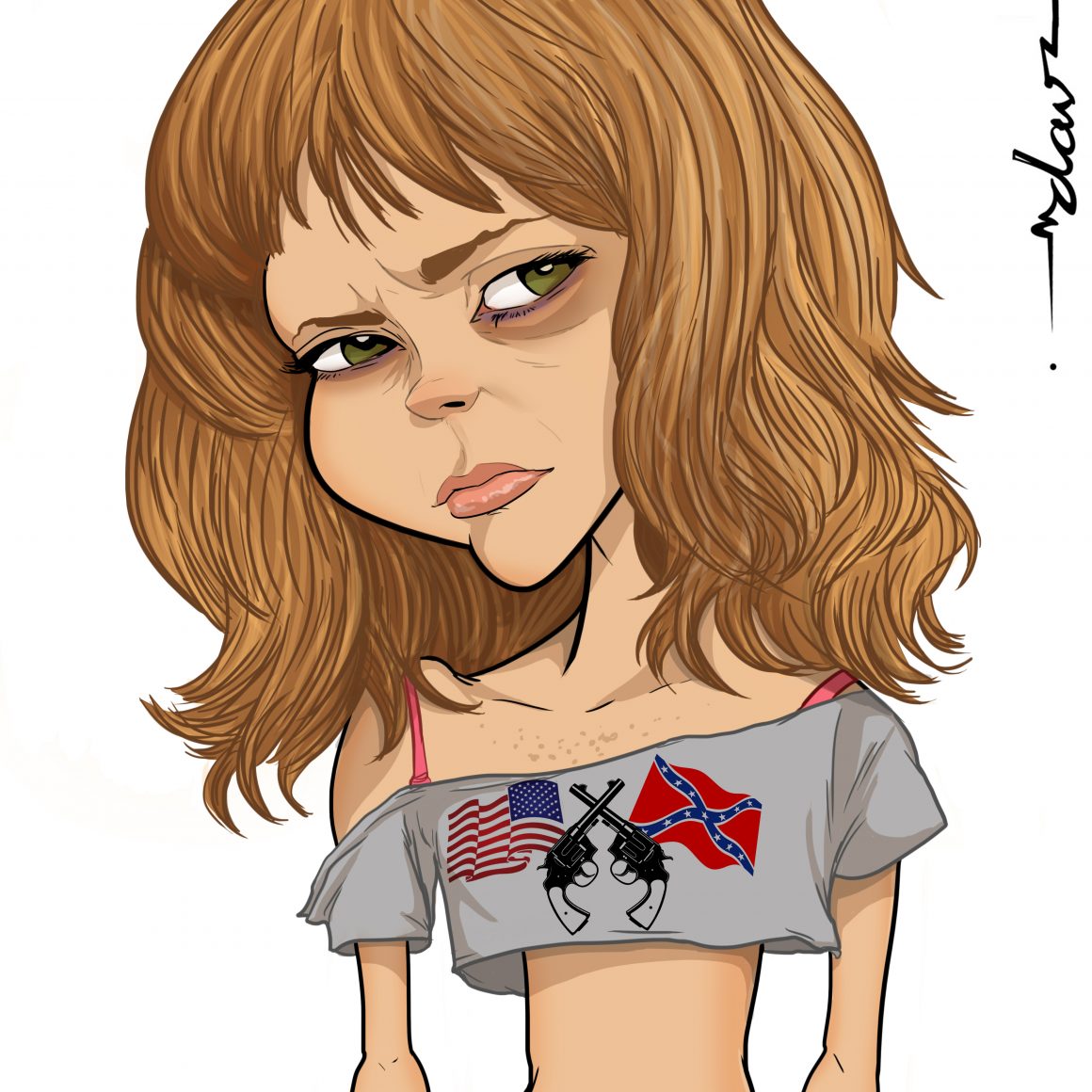 caricatures started in class. you were with me. I was doing little doodles of people… you know, i was like the class clown. in 2010, at the adidas thing [Adidas Three Stories, Woodstock, Cape Town] was the first time i found myself surrounded by, like, the biggest artists in the game, so i did caricatures of them. i still wasn’t taking it too seriously.  anyway its an old ass process. illustration. everybody did it. im enjoying it more in  the digital sphere now. i guess there aren’t a lot of south african artists that do this. uhm, i guess in a way, political cartoonists kinda need the skill of bringing across that likeness – so yeah maybe just a few are doing it, the caricature thing. but it has its reimergance, especially with the caricaturama showdown 3000. its bringing it to facebook, bringing it to instargram. Uhm, with all these digital artists and all their wackoms or… i don’t even know how to say it.. uhm digital-tablet-graphic-drawing-shit.

i think i’m  one of a few artists representing south africa at caricaturama 3000.

not a lot of south african artist can claim to have over 1000 likes and shares on one particular piece. And this is not gloating, i’m genuinely suprised at it. i’ve managed to do it even more than zapiro, which is nuts! it shocks me, but its a sign that i can probably make it. i can also call myself a Pan African artist… if that makes sense? cause i won’t stop drawing bushmen, i won’t stop drawing saartjie baartman, i won’t stop drawing uhm… there’s a new character, well he actually was a real guy. he’s one of south africa’s first freedom fighters – Masavana. not sure if you’ve heard of him. back when they brought ships to cape town, uhm, the dutch trading company or something like that, uhm, the one van riebiek was on… anyway they set up shop in cape town. so they brought slaves from, lets say madagascar… you know, all over the place. this is in addition to the slaves they found here. so today, there are over 15 000 people who’s surnames are september, for example, and that relates specifically to when that particular company brought the slaves over because if they didn’t know your name, they just named you after the month in which you arrived. well anyway, masavana was on one of these ships and he decided to over-throw the captain. he decided to take over the ship and with the help of other slaves, that’s exactly what he did. they kicked the arses of the the crew, threw some of them over; masavana then – he’s this big, muscular guy – he then took the captain, locked him in this thingie, and decided to put on the captain’s clothes – laughs

which is unheard of you know. that’s like beyond the arrogance of a slave. if you’re a slave and you put on your slave master’s clothes, and you sit in his chair… that’s like the ultimate “shut the fuck up” – laughs uhm… so that’s the character i want to focus on now. i’ve become a historian… storyteller in a way. i want to bring all these things to life.

with regards to people being in my face… jesus! i’ve got too many things going on. i can’t mix my political cartoonist career with my design career because i work in a very conservative space. but uhm… yeah people come through all the time. i get inboxes from ANC loyals saying, like “hey! who do you think you are…” i got one from this EFF guys telling me that he’s going to kill me or something like that…. uhm – yeah those were his exact words. its just crazy shit. people calling me out all the time. when i drew the oscar pistorious cartoon, i drew reeva steenkamp as a ghost, uhm, people got very upset with me… i didn’t know – laughs that people would be upset with that. i guess i was the first one to do a ghost with gunshots

ok cool, so where was i…? defining controversy, i think…

the cool thing about the people that i regard as my heroes is that right now i am directly competing with them, uhm, caricaturama, i went head-to-head with chestar, who is a legend. uhm… who has millions and millions of followers. on a political level now, i’m competing directly with zapiro, well ‘competing in terms of views’ i guess. let’s put it like that. uhm, in terms of like, illustration… i wouldn’t say i’m competing, but rather i am being compared to the amazing-amazing artists like sindiso nyoni [R!OT] – uhm… Bison, uhm… so that for me is quite an accomplishment. 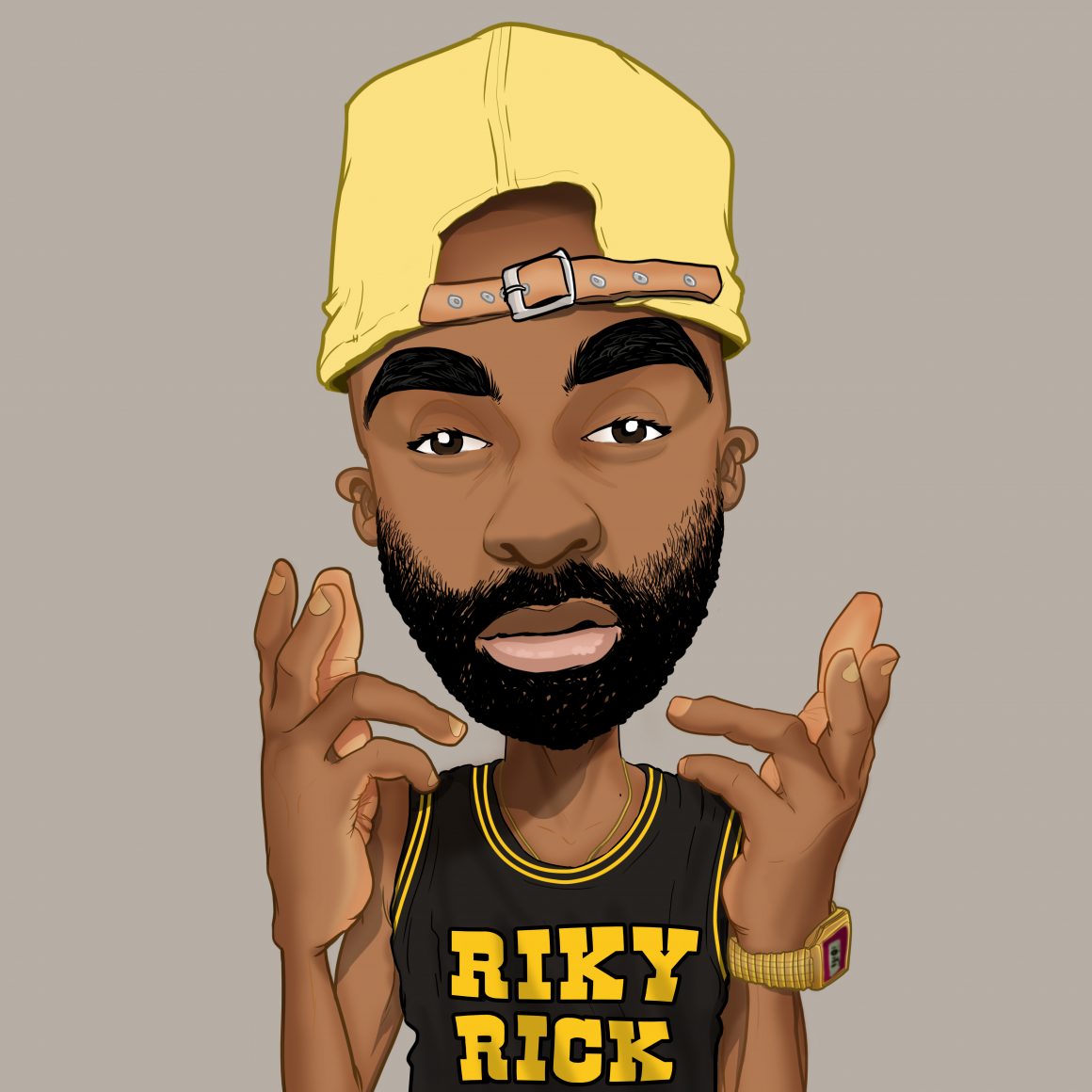 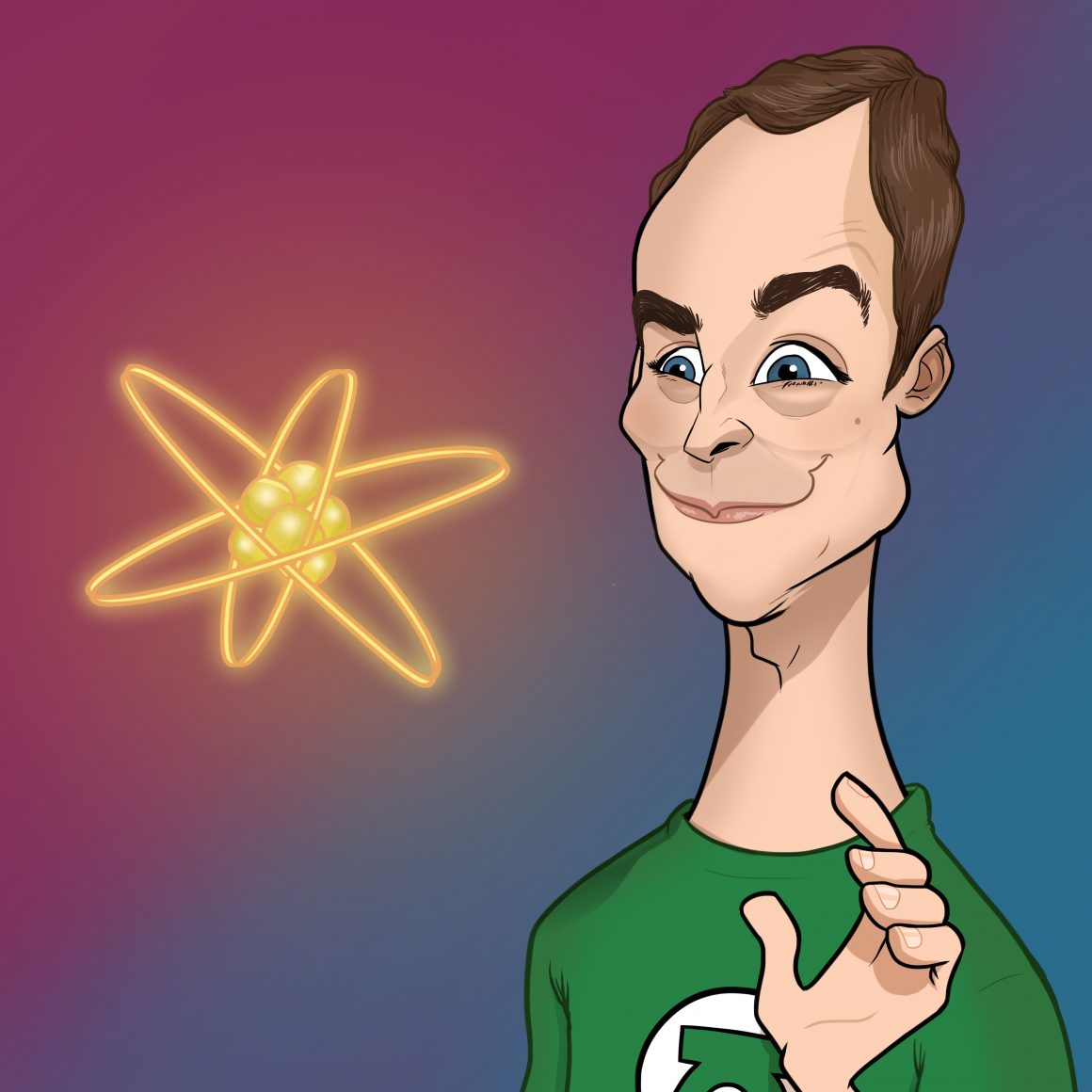